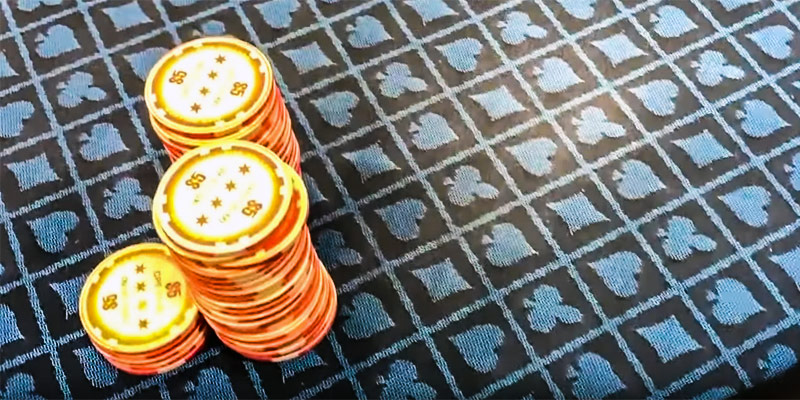 Every version of poker that implies community cards is the subject of this text. Texas Hold’em and Omaha Hold’em are the most prominent examples, the latter one being the most common in Europe. Additionally, Pineapple Hold’em may ring some bells. However, it is far from true that those three variants are the only ones belonging in the group.

This text will list diverse community card games. It may surprise you to know that some of them almost do not resemble Texas Hold’em at all. However, they do have certain things in common, especially regarding the layout.

Although the games that constitute this group differ amongst themselves, there are certain rules applying to each one of them. For starters, they all use community cards, which are basically the cards shared among the players. They are also commonly referred to as “the board.” Note that everyone at the table can see them, as opposed to hole cards, which I will explain further on.

Since you cannot determine the betting order the way you can in stud games — as the participants do not reveal their hole cards — the initial bet is the one the player to the dealer’s left (the small blind) places. Afterward, the big blind doubles the bet of the small blind. If you play a version of this game as a home game, you may arrange the betting order so that every second round goes counterclockwise.

Some games may apply rules about checking, suggesting betting and folding as the only two options.

Geometric shapes in the dealing process are frequently seen in community card games. Essentially, there are two types of them. The first one implies rows of cards that converge at various points. If a card happens to converge with a row and a column concurrently, it becomes the last one you can expose. Additionally, in some games, it becomes the wild card.

When you play a community card game hi-lo style, one half of the pot goes to the lowest ranking card of a particular suit. The suit of the last card you can expose and the suit of that one must be the same.

Another geometric shape that is common in community card games is a circle. Obviously, it implies no convergence of cards.

When it comes to applying a strategy, you ought to check when you are to place the initial bet, provided that checking is an option. That way, you can assume your opponents’ hole cards based on the moves they make.

On top of the general rules, every game from the group has some unique elements. In the following lines, I will list nine community card poker games and elaborate on each of them, emphasizing the characteristics that make them stand out.

When it comes to forming a hand, you have two choices. You can either keep your five hole cards or use two community cards in addition to three of your own. However, the two cards you get to choose from the board have to be a matching pair.

There are seven matching pairs of cards on the table and seven rounds of betting. In each of them, one pair gets revealed.

Since this game implies so many cards, you are likely to form a flush or a full house. Nevertheless, if it seems that your hole cards will not go a long way, you may want to check and observe your opponents. After all, every poker game implies a psychological aspect.

Cincinnati may be the least complicated and the most easily comprehensible variant out of all of them. The dealer delivers four hole cards to each player, in addition to four community cards that they place on the table face down.

The game comprises five rounds of betting. In each one of them, a player reveals one card from the board.

When you play the variant as a home game, the dealer decides which out of four cards on the table will be the wild card.

Cincinnati is a simple game and a nice break from an otherwise complex and dynamic game of poker.

Every player gets four cards, just like in the previous version. However, in this one, there are five community cards arranged in the shape of a cross. The middle card is the one that converges with both the row and the column, and thus, it is the final card that gets exposed.

Every time a player reveals a community card, a round of betting commences. Your final hand has to consist of your original four cards and one community card chosen from one of the rows. There is a strict rule concerning the choice of the fifth card — you cannot collect a card from one row to form one hand and then a card from the other row to form another one.

Although the variation bears a name that suggests the shape the community cards form, it can vary. The board may assume the shape of an L or V, as soon as there is a card converging with the other ones.

Another variation on the subject is using nine cards to form a cross. If you are up for a game with more cards, which adds to the dynamic, that may be the way to go.

This version is always played hi-lo style. In addition to four cards they distribute to every player, the dealer places six community cards in a circle. Your final hand consists of your hole cards combined with three adjoining cards from the circle.

When you get to reveal one of the cards, keep in mind to turn over one at the time. Furthermore, the card you get to reveal has to be across from the previously exposed one. The reveal of each community card is followed by a round of betting.

Death Wheel allows you to make numerous card combinations, so it can turn out to be a rather entertaining game.

As you can easily conclude by the name of the game, the dealer arranges the community cards in the shape of an H. There is a total of seven cards on the table. The dealer places each of them face down. The one in the middle represents the card that converges with both rows and thus gets to be the last one revealed.

H-Bomb implies a wide range of card combinations, as you get to combine your four hole cards with three cards from any row. The cards form a line diagonally in addition to forming a vertical and a horizontal one.

Since the game allows a vast number of combinations, the winning hand is likely to be a high-ranking one.

Every player gets four hole cards, and three community cards that form a flop are dealt face up. Once the fourth community card (the turn) and the fifth one (the river) are on the table, there are five community cards in total. Players can choose three cards from the board to combine with their own two in order to compose their final hand.

There are subordinate variations of the game, depending on whether you play it hi-lo style or not. However, the low hand is not available unless there is a minimum of three ranks of 8 or lower among the community cards.

You can play the game with no limit, fixed limit, and pot limit.

The dealer delivers four hole cards to each player and then arranges community cards in three rows so that their shape resembles that of a pyramid. The cards in the middle are the ones the players must reveal first.

You can choose one of the three lines (the vertical, the horizontal, and the diagonal one) and combine your cards with the ones from whichever line you have chosen.

Since there are many available card combinations in the game, the winning hand is usually at least a straight.

The dealer distributes four hole cards to everyone and places eight community cards arranged in two equal rows on the table.

As the name suggests, one row ought to contain cards of red suits, whereas the other one should include only black-suited ones. In case a revealed card does not match the color of the row, it gets discarded promptly.

You have to turn the cards over in pairs, just like in the first variant on the list. Moreover, Red and Black implies the hi-lo style of playing.

The second Hold’em variant on the list greatly resembles the previous one. The difference is the number of hole cards each player gets, as everyone receives two of them. The dealer adds the turn and the river to the flop, which is followed by the final betting round.

Another difference between Omaha Hold’em and this version is that the latter allows players to combine their cards with the community cards whichever way they want.

Community card poker implies a wide range of different games. The list comprises some of them, including some widely popular ones and some obscure ones. They are all alike in some ways and dramatically differ in other ones, but they all fit the general description. Essentially, once you understand the course of a community card game, you just need some additional information in order to be able to play any of the variants.