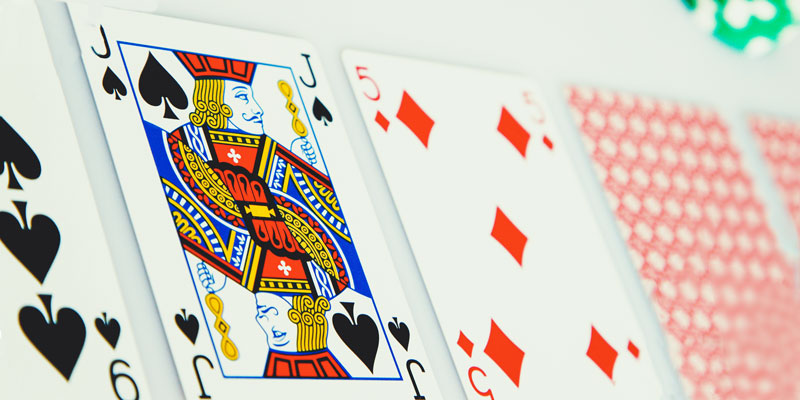 Once the dealer delivers the cards to each player, it is time to place the wagers. Afterwards, provided that at least two players have remained, the next chapter begins — the drawing. The players dispose of some cards (usually up to three), replacing them with the cards from the deck. Given that everyone aims for high hands, particularly royal flush, having the opportunity to be dealt other cards is appealing to the majority of poker players.

Once the players have drawn the cards, the second round of betting takes place. Afterwards, a showdown begins. Those who have remained in the game compare their cards in order to determine which hand wins the pot.

Even though the possibility of replacing some of your cards is a favorable option, you must know about the restrictions it implies. You cannot just throw the cards away until you happen to get the ones that suit you. That would make playing poker ridiculously simple, and the game would lose its point.

Most places allow you to dispose of up to three cards, as I have mentioned in the previous section. Nevertheless, you may happen to come across a game that offers the possibility of replacing four cards. However, there is a catch to this. In order to discard four cards, the one that remains in your hand has to be an Ace or a wild card, in case you have included it in the game. The minute you throw four cards away and request new ones, everyone will know for sure what your fifth card is.

Certain casinos represent yet another exception to the general rule by allowing you to replace all of your cards. However, there is a catch in this variation as well. The dealer will give you four cards in a row, but you will not get the fifth before all the other players have drawn their cards. This prevents you from cheating, as well as the fact that you cannot hope for the card from the bottom of the deck to replace one of yours. The reason is simple — one may happen to catch a glimpse of it and use it to their advantage.

The sample deal is a variation of Five Card Draw and comprises four players, out of which one is the dealer.

The players place their wagers before they are dealt their cards. This is commonly known as the ante game and is usually played in home surroundings to spice up the game and make it more exciting.

Dealing is followed by checking, betting, calling, raising or folding, depending on the choice of each individual player. Afterwards, the players have the right to replace some of their cards if they consider it the right move.

After the second betting round, the showdown takes place on the condition that at least two players are still standing. They put their cards on the table, face up, to compare them and determine whose hand is higher. The player who has the highest ranking hand gets to collect the cash from the pot.

Another variation of the game is the stripped deck variant. It comprises the maximum of five players. In case there are less than five players at the table, the deck of cards contains 32 cards. All of them range from a 7 to an Ace. However, if the fifth player participates in the game, the sixes are incorporated, so the deck comprises 36 cards. The number of cards involved has an impact on the hand ranking, thus making a flush stronger than a full house.

In any variation of the game of poker, Five Card Draw being no exception, dealing is the key to unlocking the treasure chest that is the pot. Therefore, it is important that you are familiar with the process and the course of events. In addition to that, you must remain calm and calculate your odds depending on the cards you receive. Have you ever seen a nervous poker player? If you have, they must have been a loser. In order to keep your poker face and improve your chances, you need to know all the rules and the sequence of actions by heart. Only then will your cards be your ally instead of being an obstacle on the way to your goal.